How you can build sentences 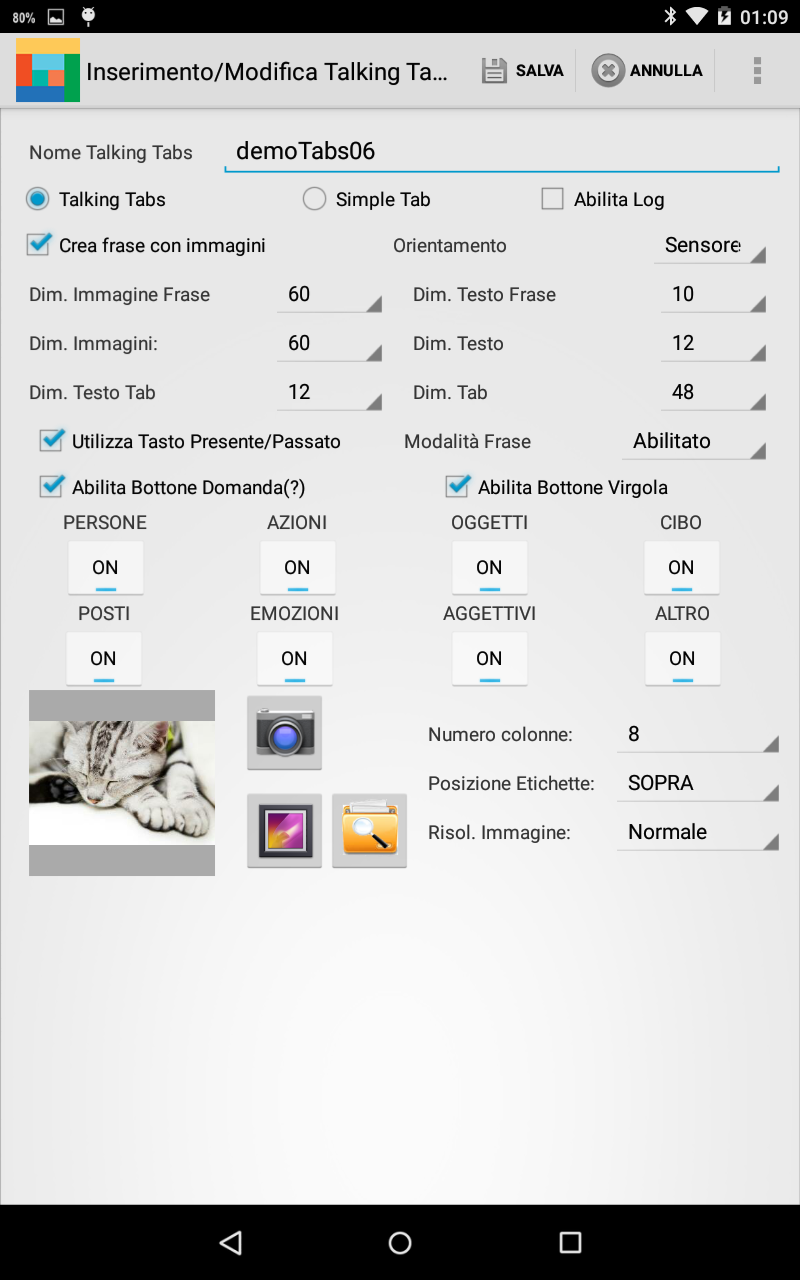 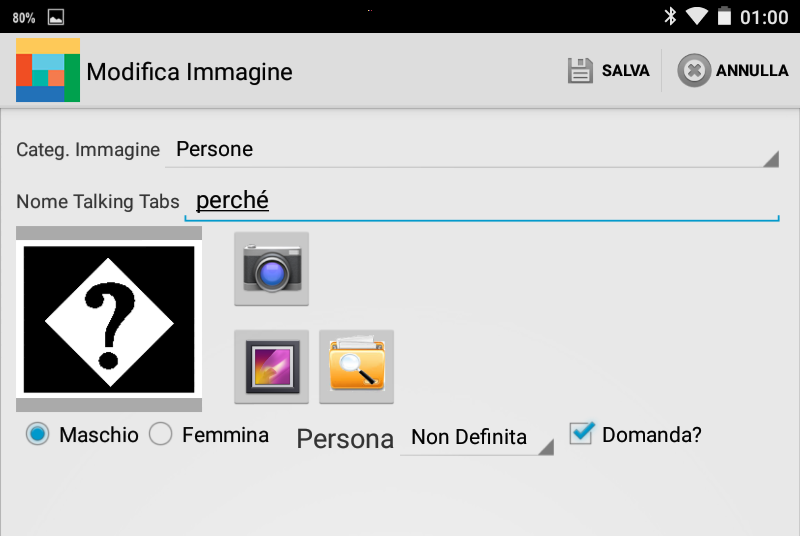 First of all let's see the available options of a table by a long tap on the demonstration table and pressing then edit.

The following options are used during playing tables:

Use Present / Past button: Enables the menu item that changes the tense of the sentence, from the present to the past and viceversa. This button is at the top right during playing tables.

Sentence Mode: Enables the menu item that changes the mode from word to sentence and viceversa. If we choose Word or Sentence, the mode is locked.

Enable Question Button: in addition to the normal button that speack the entire sentence,the button with the? is displayed and it varies the tone of the sentence as a question (if the TTS software used supports it)

Enable Comma Button, you will be able to write more sentences in a single row.

Let's enable all the options. We lock the application with the Lock menu that prevent changes and set the tables in the play mode as well. With a tap on the image of the table, then we start playing it.

The sentence structure is quite simple. I whould like to remember you that we can set up subject with first person, second person or indefinite (that will be third person). The application is able to understand if the subject is in the first, second or third person, singular or plural. The rules are the following:

If the verb is modal, then the next verb is conjugated to infinity (john want to eat ..).

If the conjugation that should come out is not found (because, for example, to make things faster it was included only the infinitive form), is actually used the infinitive (john to eat).

Pressing the menu item "Present" / "Past", the conjugation of the verb changes the tense and the sentence is repeated completely (from I eat to I have eaten).

If we press one of the "question" buttons (defined during editing in the table of subjects, when, where, what, who, etc.) this is always inserted at the beginning of the sentence.

To get into unlocked mode, press the menu item Unlock. Then, the screen ask for the solution of a simple arithmetic operation to unlock.